Declared as deemed to be University under Section - 3 of UGC Act 1956.
Accredited by NAAC with "B++" Grade

The Gate Opens a new world For you.

TMV has all certified teachers. They all have successfully completed Teachers training program arranged by The Japan Foundation for Japanese language education.

2. Accepted in Japanese universities for admissions

3. Syllabus same as to JLPT exams

4. Conducted six times in a year

Library has 500+ books that take reader through historical, aesthetic, traditional, modern, insightful and most High-tech Japan.

Culture is a core of any language and many cultural workshops are organized in TMV to deepen knowledge of students.

Campus is continuously watched by security guards and the campus is well equipped with CCTV cameras.

Our teachers are completely passionate and dedicated towards Japanese language and language education that naturally reflects through scholarship numbers.

We focus on student centric learning through many games, discussions, role-plays and interactive lectures.

100 Years of legacy in educational field

2021-22 is a centenary year for TMV. This University was established after the great national leader and freedom fighter, a visionary and educationist Shri. Lokmanya Bal Gangadhar Tilak. An idea was put forward by Mahatma Gandhi to establish a University in his name for his great work in education field. The Vidyapeeth was awarded the status of 'Deemed to be University' by Govt. of India in 1987 in recognition of its contribution in the field of education, which accorded the Vidyapeeth recognition at the national level.

Since the establishment of the Department of Japanese Language in 2013, it has flourished to national and international level. In the year 2020, Honorable Chancellor Dr. Deepak Tilak received Foreign Minister’s Commendation award from Japan government for his contribution towards the Japanese Language through education.

Students apply their learnt Japanese to deepen their knowledge about Japanese language further and pursue for higher studies later.

This is ideal for working class, hobby or for students who want learn Japanese as addition to their education

What Students Say About Us 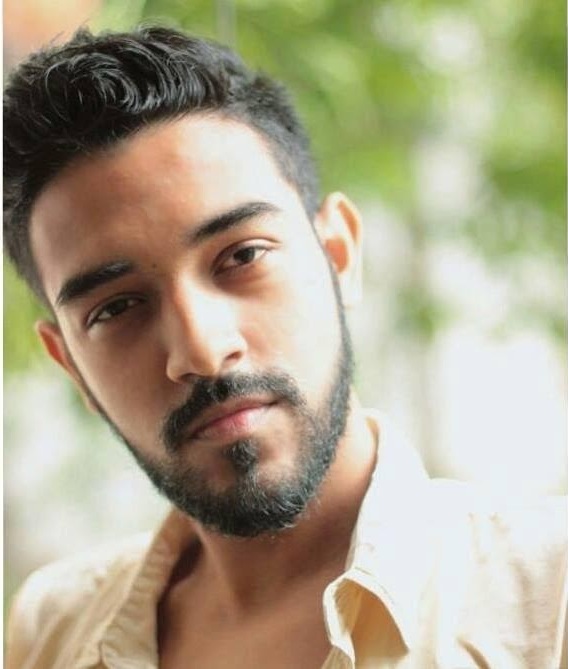 I studied at Chiba University as an undergraduate MEXT scholar. My research dealt with Japanese and Indian confectionery and their acceptability among the Japanese masses. 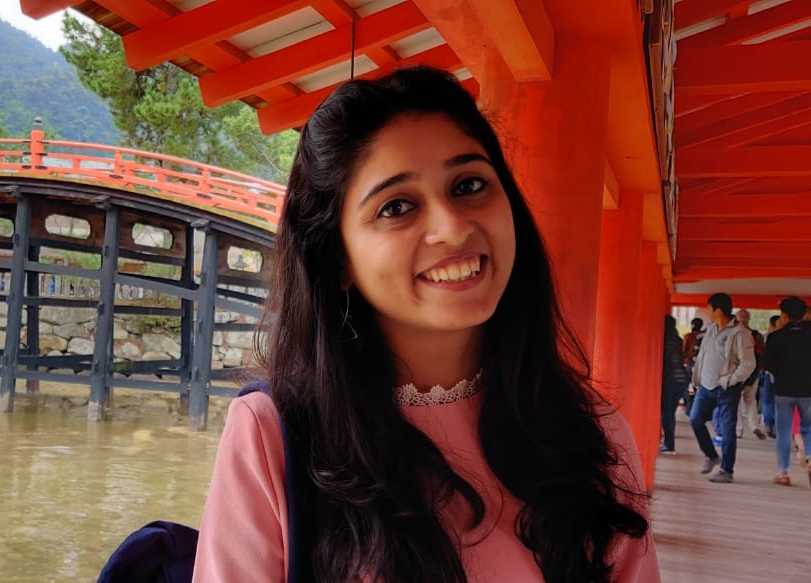 I am Mrunmai Soman, studied at Hiroshima university, Japan through Nikkensei program. I was studying Japanese language at TMV from last 3 years. 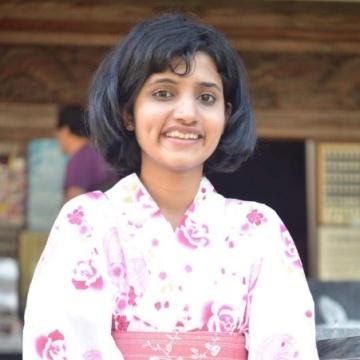 I am Mugdha Nanal, I completed my BA in Japanese in TMV. I came back from Hiroshima University, Japan where I studied Japanese for 11 months. I went through Nikkensei program. 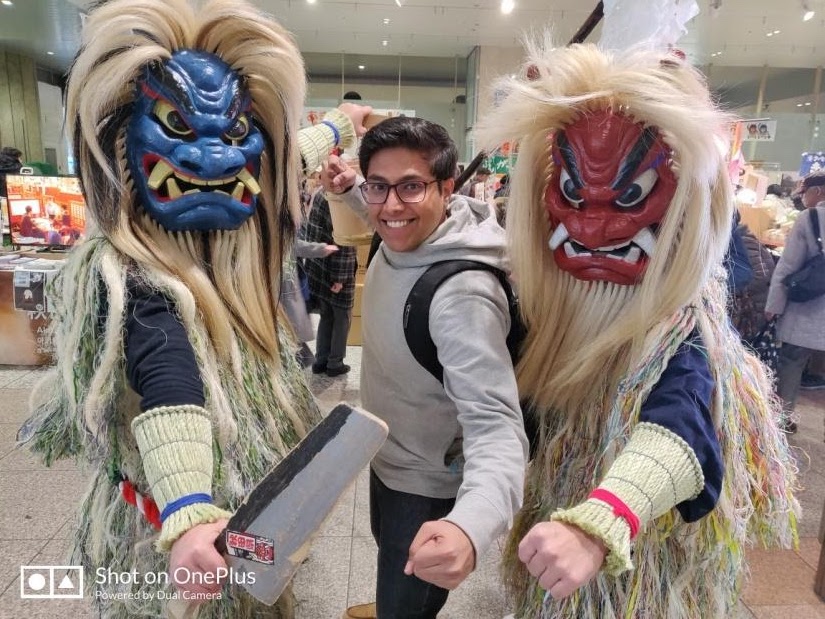 Hello! I'm Ninad Rajpathak, I studied at Saitama University as a Nikkensei through MEXT Scholarship Funded by Japan Government. The BA Japanese course contains very deep learning from the each prospective of Japanese language. 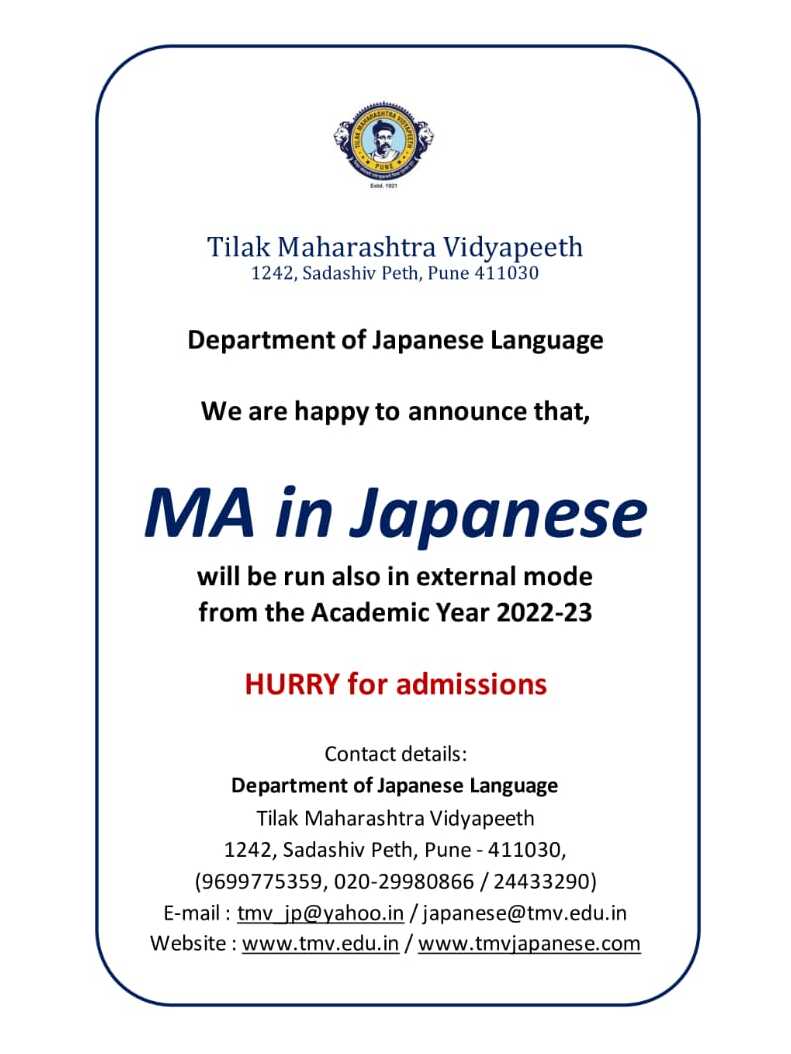